The official Kunstraum video for Thomas was scheduled to be professionally filmed in late March, but the COVID-19 lockdown understandably prevented the filming.  So, the video you are about to see is Thomas' first attempt ever at making a video.  It's really a home-style intro to his wonderful artwork.  Kunstraum is very proud of the ingenuity, courage and resourcefulness of our newest member.

"The world is a place of constant movement and change"

Thomas Vanoost is a Belgian artist who uses photography as the basic medium to express his ideas.

Thomas attempts to capture the essence of the human condition in multiple-exposure artworks and re-photographing discarded nostalgic snap-shots in situ.  He's focused on showing how our ordinary, everyday existence in a chaotic world can be, in fact, heroic and memorable.  The extraordinary is found in ordinary human perseverance against an unpredictable and angst-inducing universe.

Thomas' path to becoming an artist has not been ordinary.  After studying philosophy and business sciences, Thomas became an investment banker.  In that role he realized how chaotic and unstable the world around him was becoming.  To find a way to cope with this instability he dove deeper and deeper into his personal passion for creating visual compositions, using art and photography to convey his ideas and feelings.

Today, Thomas finds his artistic voice in street photography.  "Shooting the streets of Brussels in multiple exposure allowed me to work on the notions of time, movement, chaos and uncertainty in a totally new way. By superimposing several shots I tried to convey the feeling that the world is an ever-changing place where everything can happen anytime. Using multiple exposure street photography finally let me express that sense of stress and chaos inherent to the world we live in, much better than I ever could with written or spoken words." 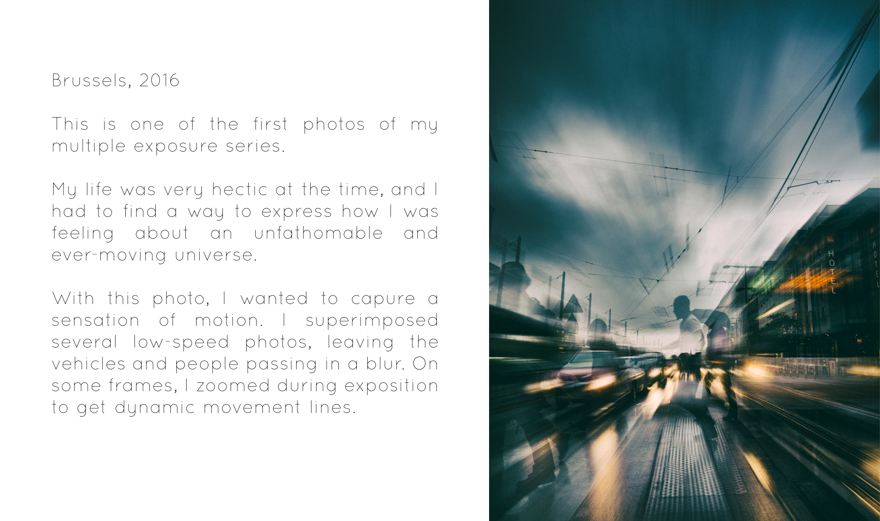 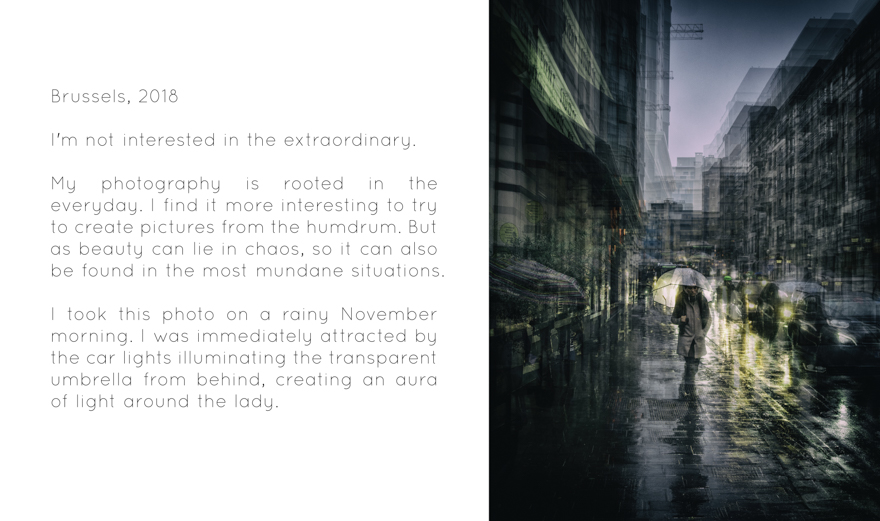 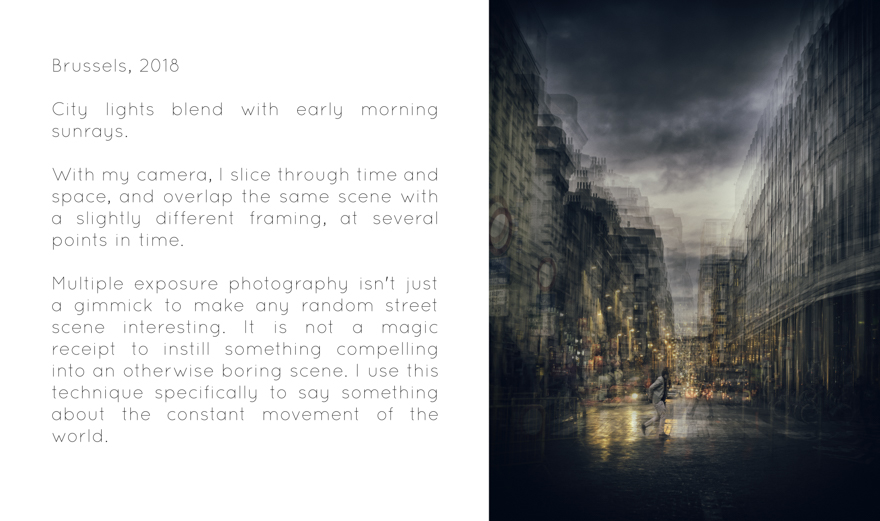 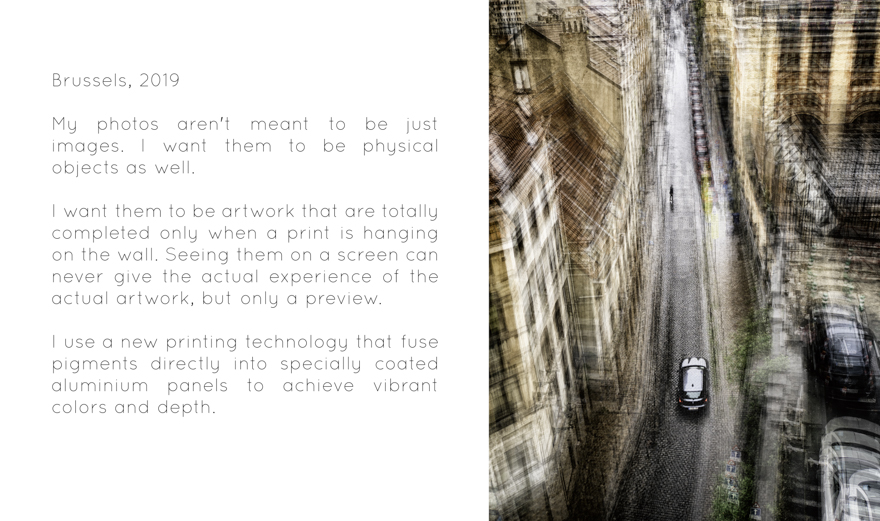 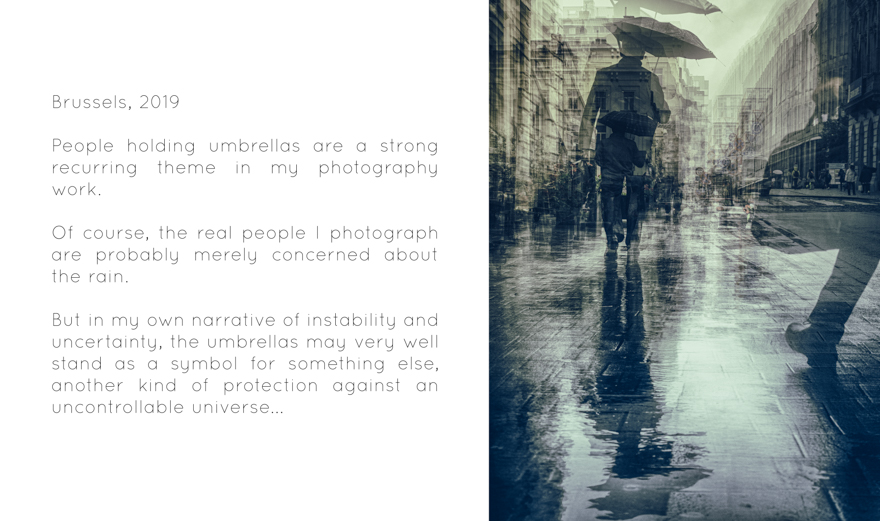 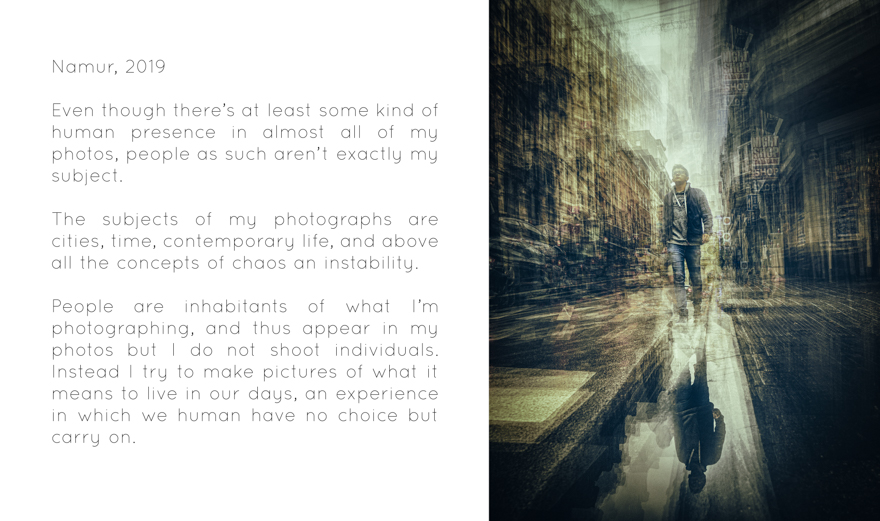